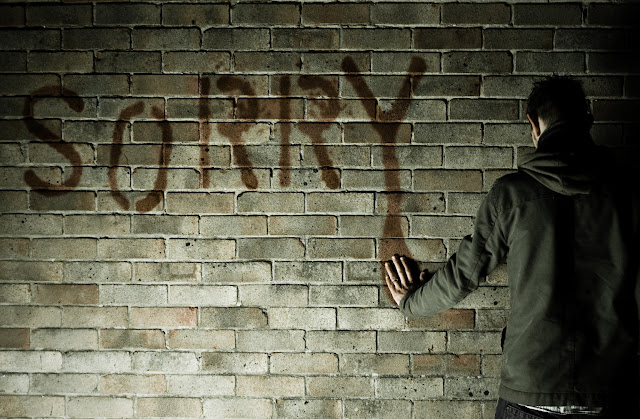 I have been ruminating on repentance for the last few weeks. The seed of this rumination was planted several months ago when I was stunned by an answer to a question  I posed to my audience while speaking for a conference. My question was:

"What happens when you work with someone who cannot apologize?"

The response to this question is usually head nodding and knowing looks cast at colleagues. I almost always get a real, sometimes harsh, examples. On occasion the question has evoked tears. It is also one of the most frequent topics of discussion after my presentation is finished. People come to me in pain because of broken relationships.

It's not pretty, folks.

But, this time I got an answer I did not expect. This teacher told a story of a supervisor who had hurt her and how she felt the relationship was crumbling. This did not surprise me, because I have seen it, experienced it, and caused it, before. When a sin does not result in an apology, then the relationship is hurt. Deep down, both people know the behavior will repeat itself.

But then this teacher continued.

She told how a friend counseled her that the relationship will not be mended until someone apologizes and it looked like this teacher was going to have to do it. So, she did. The unnecessary apology was accepted and the work relationship continued - but it was not fixed. No, not by any means. You could still see the hurt and distrust on this dear teacher's face.

I have experienced this a handful of times in my life - and I'll bet you have too. I remember instances of being deeply hurt by the words or actions of a friend or colleague, and then finding that I needed to find a reason to apologize just to restore the relationship. It is as if the need for repentance hangs between two people until someone gives - even if it is the person on the other side of repentance.

This creates quite the puzzle. The relationship needs repair - but the person who was hurt ends up apologizing. This might temporarily repair a relationship - but it likely does more harm than good. Now, the injured party begins to lose trust. If a friend or coworker sins, but cannot admit to the sin - that same sin will be repeated. Now we have a relationship wherein one person can expect abuse and the other feels justified in abusive action.

Either side of this issue can happen to any of us. Sin begets sin; it can do no other.

God has had to work long and hard to even begin to teach me how to forgive someone who is not apologetic. I still struggle with this and will until my dying day. But, I had not thought before about the consequences to others when the correct apology does not happen. Even if I forgive, the damage is still there.

God tells us to repent in order to turn away from our sin and toward Him. This is an important part of our faith life. Repentance results in forgiveness reminding us of the blessing of grace. Repentance also works to teach us what needs to be changed in our behavior. Furthermore, repentance needs to happen for our understanding of our need for salvation.

The heartfelt response of the teacher at the conference reminded me that the need for repentance is also important to our ability to maintain group fellowship. A missed, or misplaced repentance will result in a ripple effect spreading to other relationships. Think of a supervisor who cannot apologize - that broken relationship will spread and infect nearly everything that administrator does. Think about two colleagues who can no longer work together. That will spread to others on staff. Think of a parent who cannot apologize and what that teaches the child. Sin begets sin; it can do no other.

My prayer, today, is that God will show me when I need to repent.  In fact, I need to ask Him to relentlessly hound me. When God brings me to repentance, when I do not turn from that repentance and instead admit my sin, apologize, and receive forgiveness, then that particular sin can stop with me.

Even in our sin-caused pain, God finds opportunity to bless us. 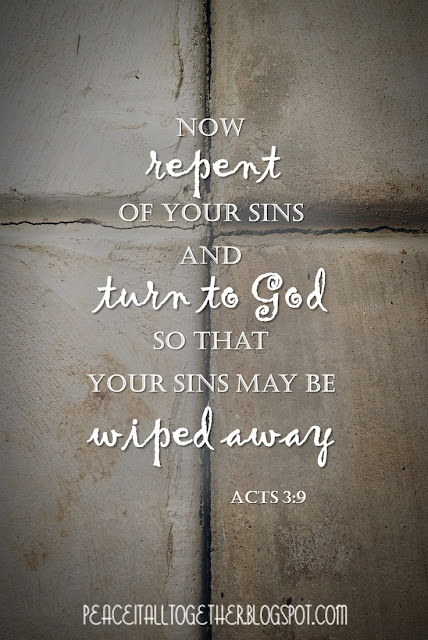