My husband and I recently returned from a glorious week spent with good friends in Ireland. The week we were there was the last week before a national vote to repeal an amendment to their constitution designed to give equal status to both unborn children and the mothers who carry them. The amendment resulted in restrictions that sent those seeking an abortion to neighboring countries.

All over Dublin we saw signs that said NO (to keep the amendment and prevent abortion) and YES (to repeal the amendment in order to make abortion on demand legal.) Given we were not plugged into the media the debate was quiet and persistent. The signs gave various reasons to vote in one direction or the other, but were for the most part polite.

One day as we walked from a National Museum to the National Art Gallery we came upon the demonstration pictured in the above photo. The NO side was standing on a public sidewalk with large pictures of infants at the typical gestational age of abortion. They were not shouting or condemning, just standing with the pictures.

People from the YES side were also in attendance. As you can see from this photo they wore large wings and attempted to stand in front of the photos to keep people from seeing the pictures. These were not pictures of an aborted fetus, not pictures of tools used for abortion, or of a baby born alive after an abortion – they were simply pictures of a developing infant at the typical age of abortion. They were not designed to manipulate – just to inform.

The pictures were truth, and the opposing side was working hard to hide the truth. Think about that – they weren’t defending anyone’s rights; they weren’t asserting opinion or defending a stance. They were quietly and persistently hiding the truth.

I don't care which side of any issue you are on - hiding truth throws up a red flag of major proportions.  It just simply cannot be good.

Our brains really want to write our own truth. Once we develop a misconception we hold on to it with all of our strength. We pick through information to find what supports our bias and we conveniently ignore what we find difficult to believe.

I know I do these things and if I want to understand a difficult issue like abortion I must work hard to avoid any actions of truth hiding. I must work hard to have empathy for the people on the other side of the issue so that I can see all of the truth involved. It does no good to honor the life of the unborn if I cannot honor the life of the mother who carries that child.

But no matter how complicated the issue, we must face the truth that all life is to be valued.

The truth can be hard to accept.

So Jesus said to the Jews who had believed Him, “If you abide in My word, you are truly My disciples, and you will know the truth, and the truth will set you free.” They answered Him, “We are offspring of Abraham and have never been enslaved to anyone. How is it that You say, ‘You will become free’?”

Jesus answered them, “Truly, truly, I say to you, everyone who practices sin is a slave to sin. The slave does not remain in the house forever; the son remains forever. So, if the Son sets you free, you will be free indeed. I know that you are offspring of Abraham; yet you seek to kill me because my word finds no place in you. I speak of what I have seen with My Father, and you do what you have heard from your father.” John 8: 31-38

It is not in our nature to seek truth. It is in our nature to sin and then seek a “truth” that brings us a false sense of comfort. We want to believe we are right and others are wrong; that we are on the side of goodness and morality and those who oppose us have only evil intent.

Truth tells us we are all sinners. We must abide in His word and ask Him to show us the truth of salvation earned on the cross. Then, and only then, will we be free, indeed.

Pray for the truth.

Pray for Ireland as they now battle with their laws to decide when life is to be valued.

Pray for our country as we seek the truth on this and many other issues.

And in the face of truth let us pray for forgiveness and abide in His word.

Posted by Kim Marxhausen at 4:19 PM No comments:

Email ThisBlogThis!Share to TwitterShare to FacebookShare to Pinterest
Labels: abiding in His word, abortion, Ireland, truth 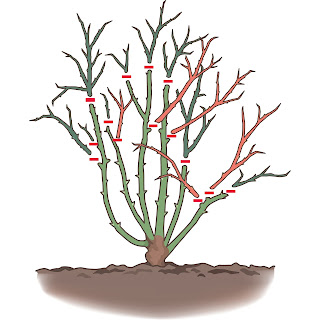 Our brains do a curious thing. They make themselves stronger by destroying their own tissue. It is called synaptic pruning and it can happen in fits and starts but there are also major events that occur during childhood. In simplest terms the brain grows then cuts back that growth to manage it. During these times of pruning the brain and behavior are challenged as the brain adds on new thinking capacity and shuts down others while the brain is under construction.  Think about how much a major building remodel at work or the addition of a room on your house has an impact on your life. For a temporary time, things don’t work in a normal way and when construction is done, you must adjust to something new.

Brain pruning gives us a whole new perspective on toddlers and teens. Their brains are undergoing a major remodel and new things are just around the corner. Living with the remodel, however, can be a challenge. We must remember that brain pruning is necessary for growth and health. If our brains did not prune we would be a mess of too many synaptic connections and no good pathway for learning to proceed. The brain seeks to be orderly and works more efficiently if there are familiar pathways to connect to what we use.

The Bible does not talk about pruning synapses but it does use a different kind of pruning analogy. In vine pruning we are the branches that need to be cut back to allow for better growth.  Plants such as vines and bushes that go unpruned do not yield well because there are too many competing branches and stems leaving little room for grapes or roses. The growth of these plants needs to be directed and managed.

One thing we know about brain pruning is that our brain becomes what we do. The things we spend the most time doing are the pathways that get strengthened. The things we spend little time doing are the synapses that get pruned. If children read, play music, garden, or compete in sports, for example, their brains will get better at these activities. If they spend huge amounts of time doing less than healthy things, their brains will get good at those activities, instead.  Children need a good gardener during the pruning process.

This same advice holds true for adults. We need a benevolent gardener to guide the pruning process of our faith. It is not fun when we are being pruned. It can hurt when God is cutting out a bad habit, directing our growth in a new way, or snipping off the dead twig of the self-pity we want to cling to. It is not easy. It is frustrating. It is all about getting used to loss and adjusting to what is new. We can often react like toddlers in a fit of frustration, or like teenagers we can become defiant.

In spite of what we may say, we don’t want to grow out of our sin and misery.

Abide in Me, and I in you. As the branch cannot bear fruit by itself, unless it abides in the vine, neither can you, unless you abide in Me. I am the vine; you are the branches. Whoever abides in Me and I in him, he it is that bears much fruit, for apart from Me you can do nothing. John 15: 4-6

God’s word is our best faith pruning tool. Without God’s word we might grow in the wrong direction much like a child who does little else but play video games. Without abiding in God, by studying His word we will not bear fruit, plain and simple. Not only do we need God’s word in our lives, but we need a steady diet of it. We need it at church, at home, with friends, and in the early morning hours of quiet contemplation. We need to abide in God.

The blessing of God’s word is not only stronger pathways in our faith, but a renewed understanding of God’s grace in our life. We begin to see the world, see others around us, and see our life circumstances in a different way. We see God glorified in our life.

By this my Father is glorified, that you bear much fruit and so prove to be my disciples. As The Father has loved Me, so have I loved you. Abide in my love. If you keep my commandments, you will abide in my live, just as I have kept my Father’s commandments and abide in His love. These things I have spoken to you, that My joy may be in you, and that your joy may be full. John: 8-11

Posted by Kim Marxhausen at 1:13 PM No comments: