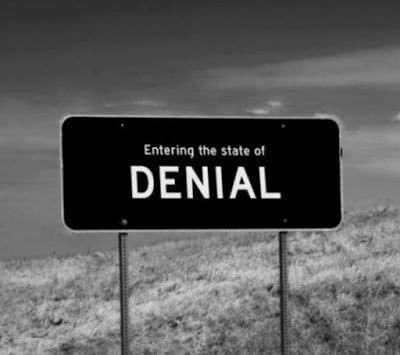 I have been playing a little game with social media. I keep hiding stuff from my newsfeed in hopes that those life determining algorithms will stop sending me stuff I don’t want. This seems possible to me because the other day I used a laminator meme I found on Google image in a presentation, and now I get ads for laminators. You would think if the system works for stuff I don’t need I will work for stuff I don’t want.

I am using a new guideline when determining what to hide from the newsfeed. I started by hiding anything political that I felt an urge to comment on (just trying to keep myself out of trouble.) Now, I am expanding that a bit. I have noticed that the worst stuff on the internet, political or otherwise, has three characteristics: sarcasm, contempt, and a spattering of facts or research.

The first time this week that I saw this combination it was a far-right political op-ed posted by a friend who wanted to make sure that everyone noticed the factual information. I had a hard time finding the facts amid all of the sarcasm and insults, and as a long time op-ed reader, I wondered when contempt became a substitute for supporting ideas. It’s not – but it sure does a lot for creating that I-belong-to-the-right-group feeling.

The second example, arguably, came from the opposite end of the spectrum although it was not political – it was atheist. Again, it was hard to identify the research that supported the statements that were interspersed with sarcasm and veiled criticism. Really? This is what passes for discussion, now? Like its earlier counterpart, this interview did not have strong support for assumptions, but it was oozing with that warm the-other-side-is-idiotic sentiment.

Okay, enough of the sarcasm. That junk is so seductive, isn’t it? It draws us in with humor that speaks to our fear and anger. It keeps our attention with a faint whiff of facts or research, but it really has us hooked with the contempt. Contempt is more than insults and insinuation. Contempt is fear turned to hate. Contempt tells us there is no hope for the other side. Contempt is dangerous.

Yes, contempt is denial and denial is the devil’s favorite tool.

A friend and I have been working our way through the Gospels. I have been struck by the depths of denial demonstrated by the temple leaders. They watched Jesus perform miracles, but their only take away was to plot His demise. They failed every debate with Jesus – from taxes to heavenly marriage – and still, they tried to make Him look ridiculous.

They didn’t even stop when Jesus was suffering on the cross:

And those who passed by derided him, wagging their heads and saying, “Aha! You who would destroy the temple and rebuild it in three days, save yourself, and come down from the cross!” So also the chief priests with the scribes mocked him to one another, saying, “He saved others; He cannot save Himself. Let the Christ, the King of Israel, come down now from the cross that we may see and believe.” Those who were crucified with Him also reviled Him. Mark 15:29-32

After a trial scattered with suspicious facts, the temple leaders saw to it that the crowd turned on Jesus, asking for His death. You can bet they accomplished this with fake news, probably some sarcasm, and a whole boatload of contempt.

But wait, Jesus doesn’t work this way. Jesus replaces sketchy facts with righteous rebuking. He does not hide behind sarcasm, and He has no room for contempt. He lays the truth at our feet and opens His arms welcoming us to forgiveness and peace.

Afterward, He appeared to the eleven themselves as they were reclining at table, and He rebuked them for their unbelief and hardness of heart because they had not believed those who saw Him after He had risen. And He said to them, “go into all the world and proclaim the gospel to the whole creation. Whoever believes and is baptized will be saved, but whoever does not believe will be condemned. Mark 14:14-16

Jesus does not accept us because we are without fault – or because we have fewer faults than those who are on the “other side.” He accepts us because He took our sarcasm, our contempt, our hatred, and all of our other sins away from us leaving us with His righteousness. This is not manipulation or seduction, it is self-sacrificing love.

Thank you, Jesus. Live Your love in me -- even on social media.
Posted by Kim Marxhausen at 2:45 PM No comments: