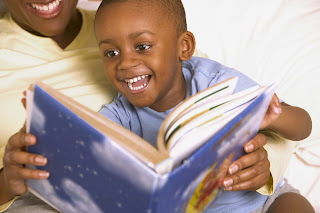 This has been a huge math semester. I spend more time in the computer lab than in the library and that is less than comfortable for me. A week or so ago, one of the professors suggested a book for me to read. I think he is a bit surprised that I took up that suggestion when the book is not required for anything. I am just so desperate to hold a book in my hands; especially one that relegates numbers to where they belong—to the corner of the page. The book I am reading is on friendship and peer culture in the early years. It is a report on research done by a sociologist who spent a year watching children in a pre-school. It sounds a bit creepy by today's standards and phobias but it was a new approach at the time. Who would have thought you could learn more about kids by watching them where they work and play instead of theorizing about them in a lab on campus? Go figure!

The book is pages and pages of dialog of children playing interspersed with the author's observations. He identified three play themes that were a foundation for most play demonstrated by the children: 1. lost/found 2. danger/rescue and 3. death/rebirth.

Danger and rescue games up the ante just a bit. While still carefully orchestrated they involve a higher level of suspense as well as a higher level of relief and joy at their conclusion. "Okay, you are caught in the building that is on fire and I am going to rescue you. Remember to scream."

Death and rebirth games are just as common but not always as noticeable. They can happen in the midst of a lost and found or danger and rescue game. An observer will notice this type of play when a character is "dead" but can still talk and direct the game. Or if a character dies but is alive again the next time a game is played.

It is fascinating to watch children play and to see how many versions of these three games they can create. It is important to remember that children do not play these games randomly. They play them for a purpose. Just as a child who wants to hear the same story over and over, is learning something in the process of that story, a child who plays the same game over and over is learning, too. These young minds are grappling with ancient issues.

I had a class that struggled with the realization that a classmate lost a parent to death. They played the same death/rebirth game for the rest of the school year. They played it happily as if it was a game of tag. I watched and prayed over them, and developed a better understanding of how God was helping them.

The author of the study was interested in young children and play but I see these same themes in the lives of adults. Just like in the Margaret Wise Brown book "The Runaway Bunny" we want to know that no matter how far away we run from those who love us, we will always be found and welcomed home. Just as in Where the Wild Things Are by Maurice Sendak. We want the thrill of exploring our wild side but we want to know we are always safe. And just like Eric Carle's The Very Hungry Caterpillar we want to know that there is a different life waiting us when this one is finished.

Are we really surprised by this?

Our children are working, in their own way, to understand the same things we worry over as adults. We want to know that no matter how far we stray, God will come looking for us and will bring us back to Him.

Suppose one of you has a hundred sheep and loses one of them. Does he not leave the ninety-nine in the open country and go after the lost sheep until he finds it? Luke 15:4

We want to know that no matter what danger we face we will be safe in His arms:

I give them eternal life, and they shall never perish; no one can snatch them out of My hand. John 10:28

And we want to be assured that the life we currently live is not all there is. We want to be transformed in heaven and here on earth:

For this Son of mine was dead and is alive again; he was lost and is found. Luke 15: 24

From before we were born, from our early childhood years until now and into the future, God knows our needs and meets them perfectly.

If the Son sets you free, you will be free indeed. John 8:36

I think I need to go back to my favorite book and read those stories again.